2022 The International Conference on Food Science and Biotechnology(FSB 2022) will take place in Chengdu, China. The specific location of the venue will be updated about one month before the conference when the total number of attendees is confirmed.

Chengdu, Wade-Giles romanization Ch’eng-tu, city and capital of Sichuan sheng (province), China. Chengdu, in central Sichuan, is situated on the fertile Chengdu Plain, the site of Dujiangyan, one of China’s most ancient and successful irrigation systems, watered by the Min River. The system and nearby Mount Qingcheng, an early centre of Daoism, were collectively designated a UNESCO World Heritage site in 2000. The irrigation system, first set up during the Qin dynasty (221–207 BCE), diverted half the waters of the Min River eastward to irrigate the plain through a dense network of channels. This system has survived basically in its original form and enables the area to support what has been claimed to be one of the densest agrarian populations anywhere in the world. Pop. (2002 est.) city, 2,663,971; (2005 est.) urban agglom., 4,065,000. Known as the land of abundance, Chengdu boasts plentiful local products, a pleasant climate, a large number of scenic spots and historical sites, and fine traditional handicrafts well known both at home and abroad. 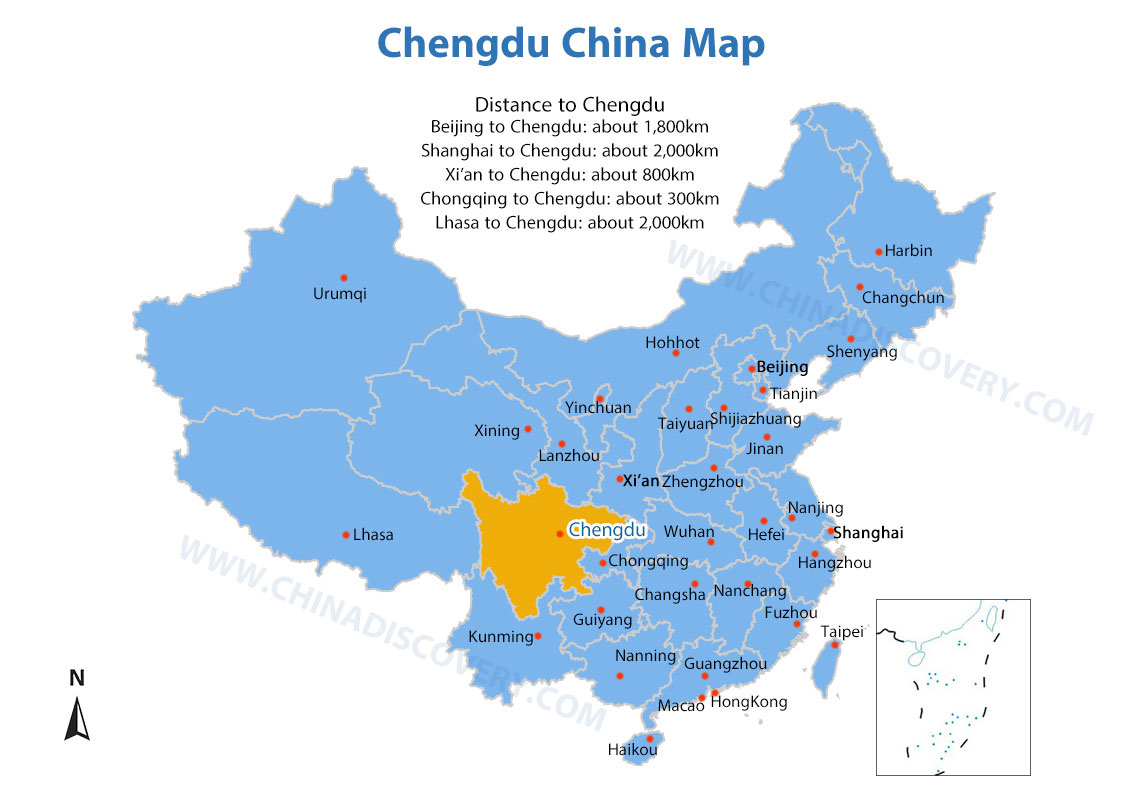 The giant panda has an insatiable appetite for bamboo. A typical animal eats half the day—a full 12 out of every 24 hours—and relieves itself dozens of times a day. It takes 28 pounds of bamboo to satisfy a giant panda's daily dietary needs, and it hungrily plucks the stalks with elongated wrist bones that function rather like thumbs. Pandas will sometimes eat birds or rodents as well.

Behavior and Habitat：Wild pandas live only in remote, mountainous regions in central China. These high bamboo forests are cool and wet—just as pandas like it. They may climb as high as 13,000 feet to feed on higher slopes in the summer season.

Pandas are often seen eating in a relaxed sitting posture, with their hind legs stretched out before them. They may appear sedentary, but they are skilled tree-climbers and efficient swimmers.

Breeding and Population：Giant pandas are solitary. They have a highly developed sense of smell that males use to avoid each other and to find females for mating in the spring. After a five-month pregnancy, females give birth to a cub or two, though they cannot care for both twins. The blind infants weigh only 5 ounces at birth and cannot crawl until they reach three months of age. They are born white, and develop their much loved coloring later. 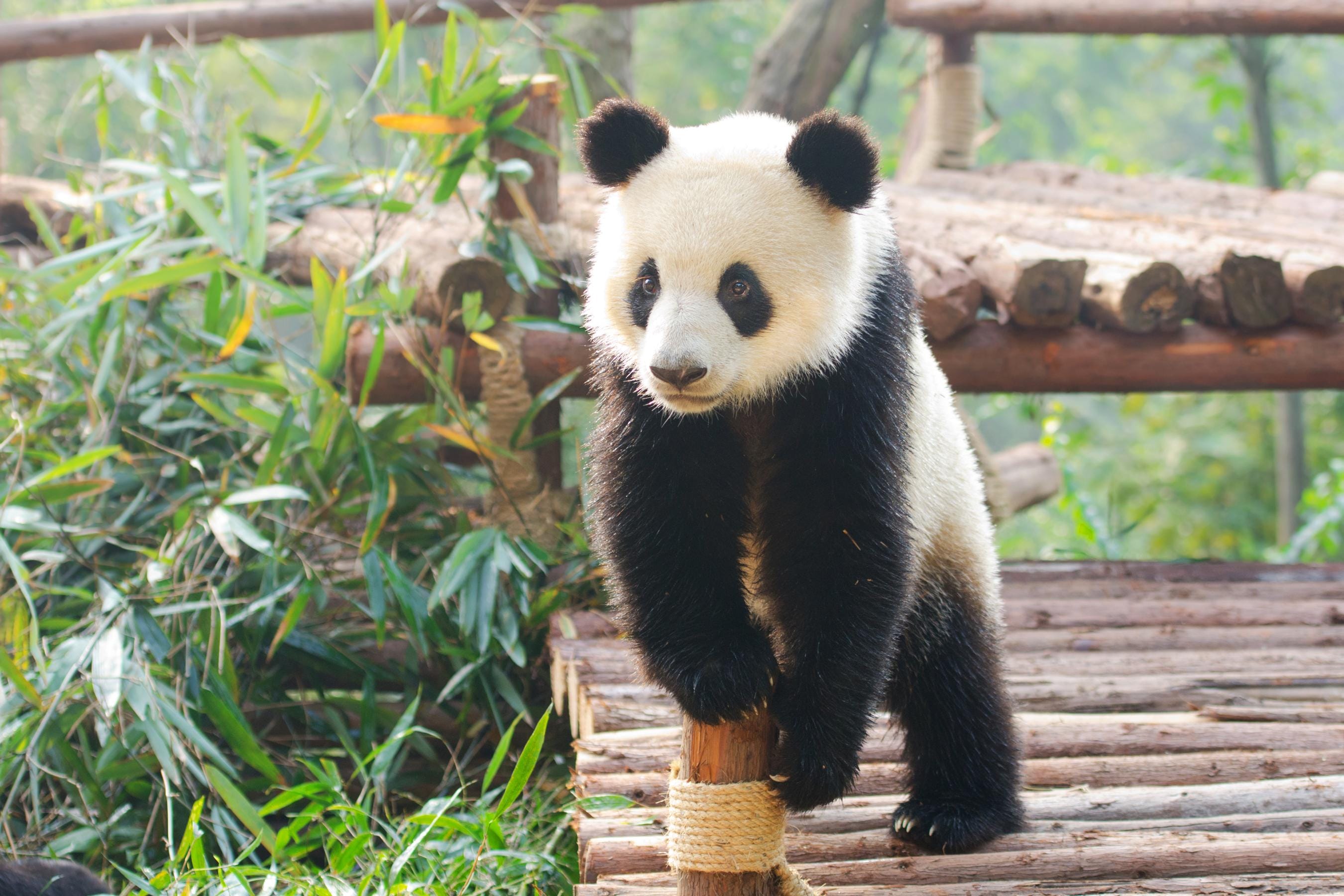 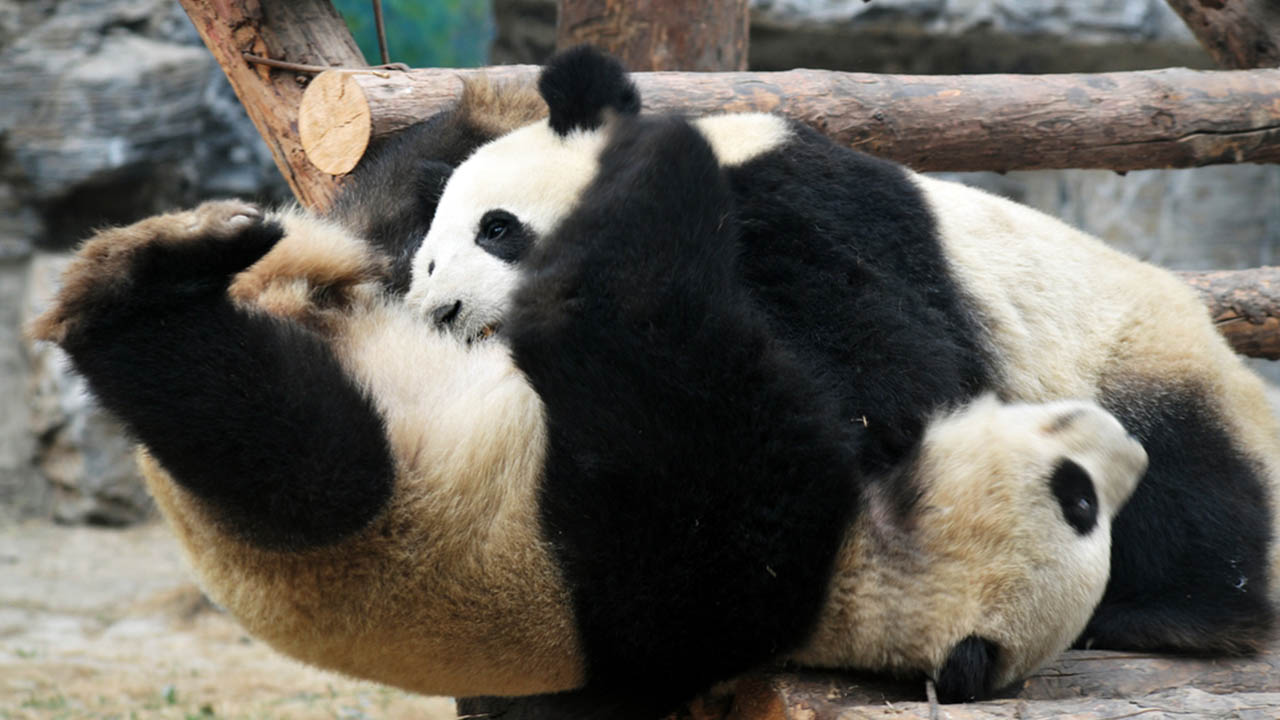 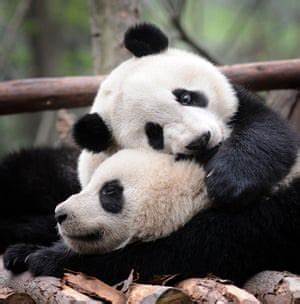 Sitting on the confluence of three rivers in Leshan, the 71-meter-high Leshan Giant Buddha is the largest Maitreya Buddha statue carved out of a cliff in the world. Ancient wisdom and regilious faith of Buddhism created the giant and magnificent cultural treasure, and now is world-known as an amazing UNESCO Natural & Cultural Heritage property in Leshan, nearby Chengdu.

10 Facts You Should Know Before Traveling to Chengdu (click)